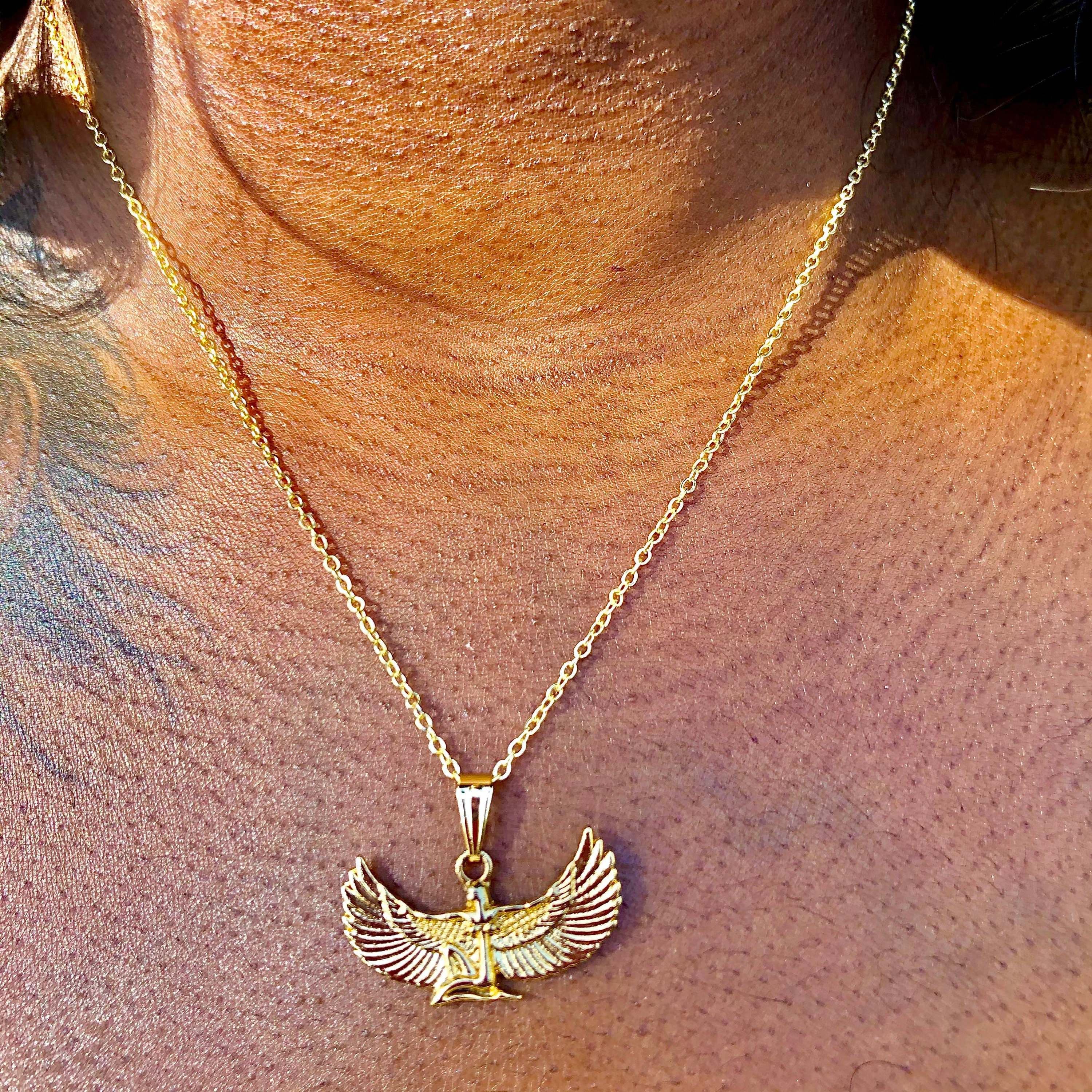 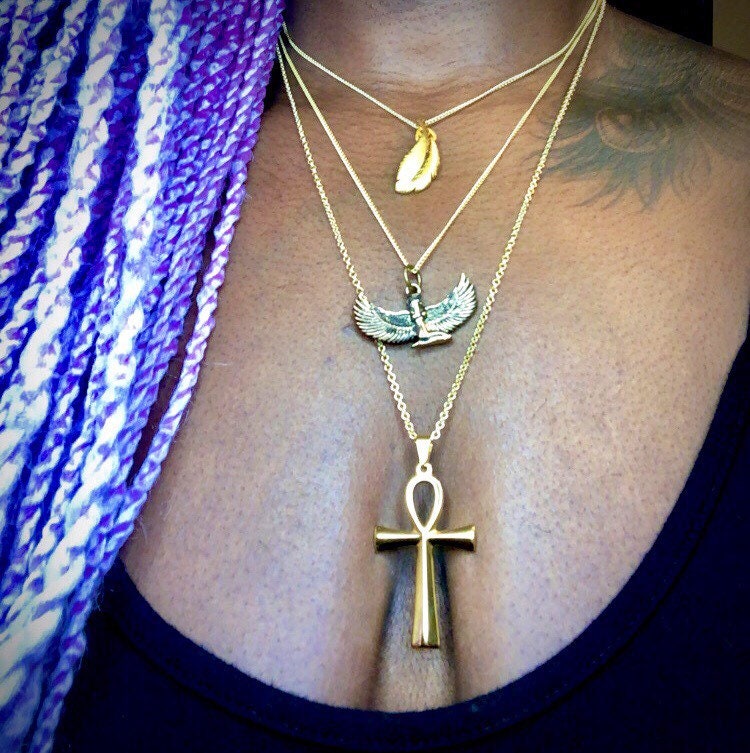 Wake up your inner Goddess!!


18kt Gold Plated, non tarnish chain that will not fade


Ma’at ~the ancient Egyptian goddess that represented the conceptions of divine order, balance, morality, truth, reality and justice.
She is said to have set the world in order after the creation, especially the behavior of the stars, the seasons, the mortals and even the deities.

Her name, sometimes also spelled “Mayet” means “That which is straight”.

In ancient Egyptian religion, she would place a deceased person’s heart on a scale against a white feather to measure its heaviness. She inspires us to live our earthly lives in alignment with our souls, so that our hearts may be light and free.


She is often depicted a woman, seated or standing, whose crown had a single ostrich feather, her feather of truth, protruding from it. She is also occasionally depicted as a winged goddess. She holds a specter in one hand and the symbol of ankh in another.

Ma’at is revered for bringing the end of chaos and giving structure into a world once ruled by darkness and disarray. She is believed to be the antithesis of life in Upper and Lower Egypt – where one is a fertile valley and the other a barren desert. In this aspect, she emphasized her role as the protector of good and the destroyer of evil and the maintainer of balance.

Ship items back to me within: 7 days of delivery

I don't accept exchanges or cancellations

But please contact me if you have any problems with your order.

The following items can't be returned or exchanged

Because of the nature of these items, unless they arrive damaged or defective, I can't accept returns for:

0 items in your cart